A couple of interesting reads from Matt Stoller’s BIG newsletter about private equity. Given the current flood of PE group buyouts and market consolidation in healthcare, it’s not hard to draw parallels between radiology practices ten years from now and what happened to Toys R Us in 2018 or to identify the obvious issues that arise over the long term when the frontline and c-suite have zero overlap.

From “Why Private Equity Should Not Exist”

The goal in PE isn’t to create or to make a company more efficient, it is to find legal loopholes that allow the organizers of the fund to maximize their return and shift the risk to someone else, as quickly as possible.

From “WeWork and Counterfeit Capitalism”

Across the West, the basic problem of a corrupted productive process is becoming a quiet crisis. The reason is simple. The people that do the work in organizations are increasingly excluded from the decision-making about the work. That is why Boeing is losing its ability to build planes, why we can’t build infrastructure, and why New York City is on the verge of disaster.

From this NYTimes’ interview with Malcolm Gladwell about his new book, Talking to Strangers:

“That happens in these divided times — your professional identity becomes your identity,” Mr. Gladwell said.

“On every level,” he added, “I feel like there is this weird disconnect between the way the world is presented to us in the media and the way it really is. The goal is simply to give people an opportunity to reflect on things they otherwise wouldn’t reflect on. What they do next is out of my control.”

But the short term overhype is our best chance to make thoughtful structural changes that will allow for desirable future outcomes. A lot of mental health and structural economic problems are tied up in Gladwell’s first line:

If your professional identity is your identity, what happens when you or your profession need to change? If the individuals you meet are just proxies for the job they do or the service they provide, then they aren’t people to you.

Rutger Bregman, author of Utopia for Realists and the Dutch historian from the viral video calling out billionaires at Davos (“taxes taxes taxes, all the rest is bullshit in my opinion”), talking to Ezra Klein in Vox:

We should never underestimate capitalism’s extraordinary ability to come up with new bullshit jobs.
…
We could theoretically live in some kind of dystopia where we’re all just pretending to work and sending emails and writing unnecessary reports, and the robots are doing all the real, valuable work.
…
Now, who are these people? They often have wonderful LinkedIn profiles, went to Ivy League universities, have excellent salaries. They work in marketing, finance, etc. Still, at the end of the day, if you give them a beer or two, they’ll admit that their job is perfectly useless. If we actually rewarded people for the value of the work they do, I think that many bankers would earn a negative salary while many nurses and teachers will be millionaires.

And then dovetailing healthcare into this pretty wide-ranging discussion on automation, universal basic income, and the depressing way we value/pay people who are essentially a drain on the system (not through welfare but through wealth extraction):

Economists talk about how it’s some kind of problem that government is not efficient enough compared to the private sector, but I think that’s actually the point. The point of the future is that we can have a huge amount of inefficiency because that’s what makes life meaningful. Good care is inefficient. You actually have to talk some to someone to have the meaningful relationship. If you want to make health care more efficient, you usually destroy it.

What if healthcare didn’t have to be an industry anymore? It’s really a mind-blasting thought. 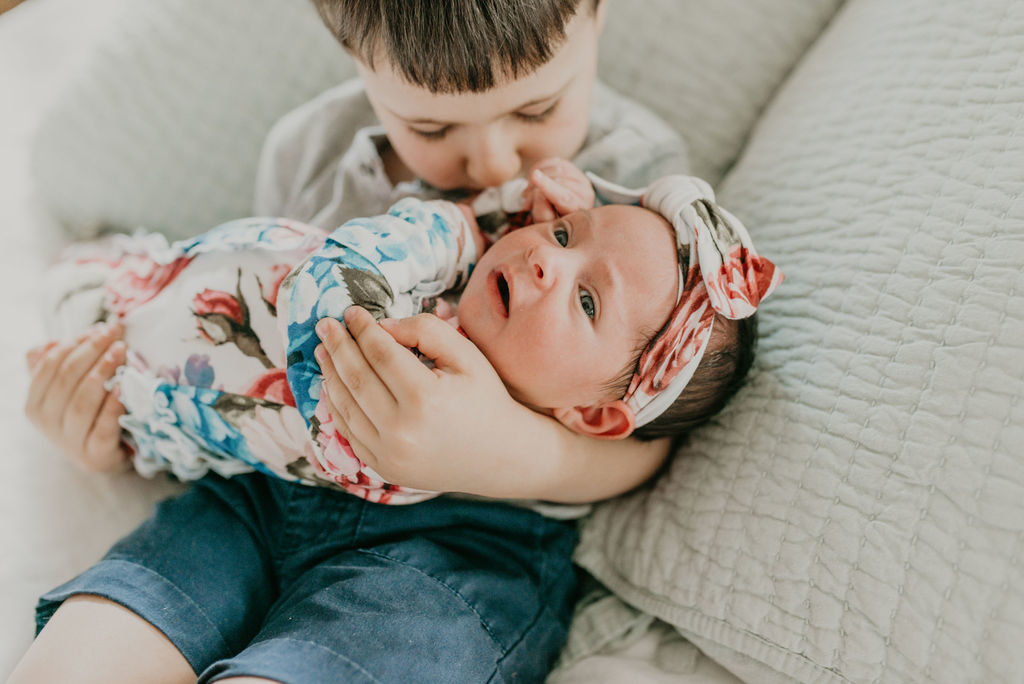 ..it’s because we have two adorable kids now.

From “Physicians Get Addicted Too,” an Atlantic story about opiates and addiction in West Virginia.

“I made pizza deliveries where I used to make house calls,” Ortenzio said. “I delivered pizzas to people who were former patients. They felt very uncomfortable, felt sorry for me.” But, he said, “it didn’t bother me. I was in a much better place.”

Ortenzio eventually left pizza delivery. But the way he told me the story, the job was an important step in his recovery: Every pie he delivered liberated him. He was free of the lies he’d told his colleagues, his family, and himself to hide his addiction. He liked hearing kids screaming “The pizza guy’s here!” when he knocked on the door. “You make people happy,” he said. “That was what I liked about being a doctor.”